When Will the US Dollar Crash?

When I first started working with Mark in 2013, he handed me a big box and said, “Maybe you can use these…”

It was filled with a few hundred promotional letters and reports he’d saved since the ‘80s on everything about personal privacy, asset protection and investing.

One of them had written in bold letters at the top:

“Why the Dollar is Doomed”

It then went on to talk about the URGENT case to get out of the dollar before its collapse.

But the truth is, we’re (clearly) still waiting. And, as we discuss in this report, we may be waiting a while yet.

Because honestly, it doesn’t look like the dollar is going anywhere just yet.

The Dollar Over the Decades

For a sense of the dollar’s stability, see the chart below. Going back to the late 1960s, it compares the US dollar against the “DXY”, a standard basket of other currencies made up of the Euro, Japanese yen, British pound sterling, Canadian dollar, Swedish krona and Swiss franc. 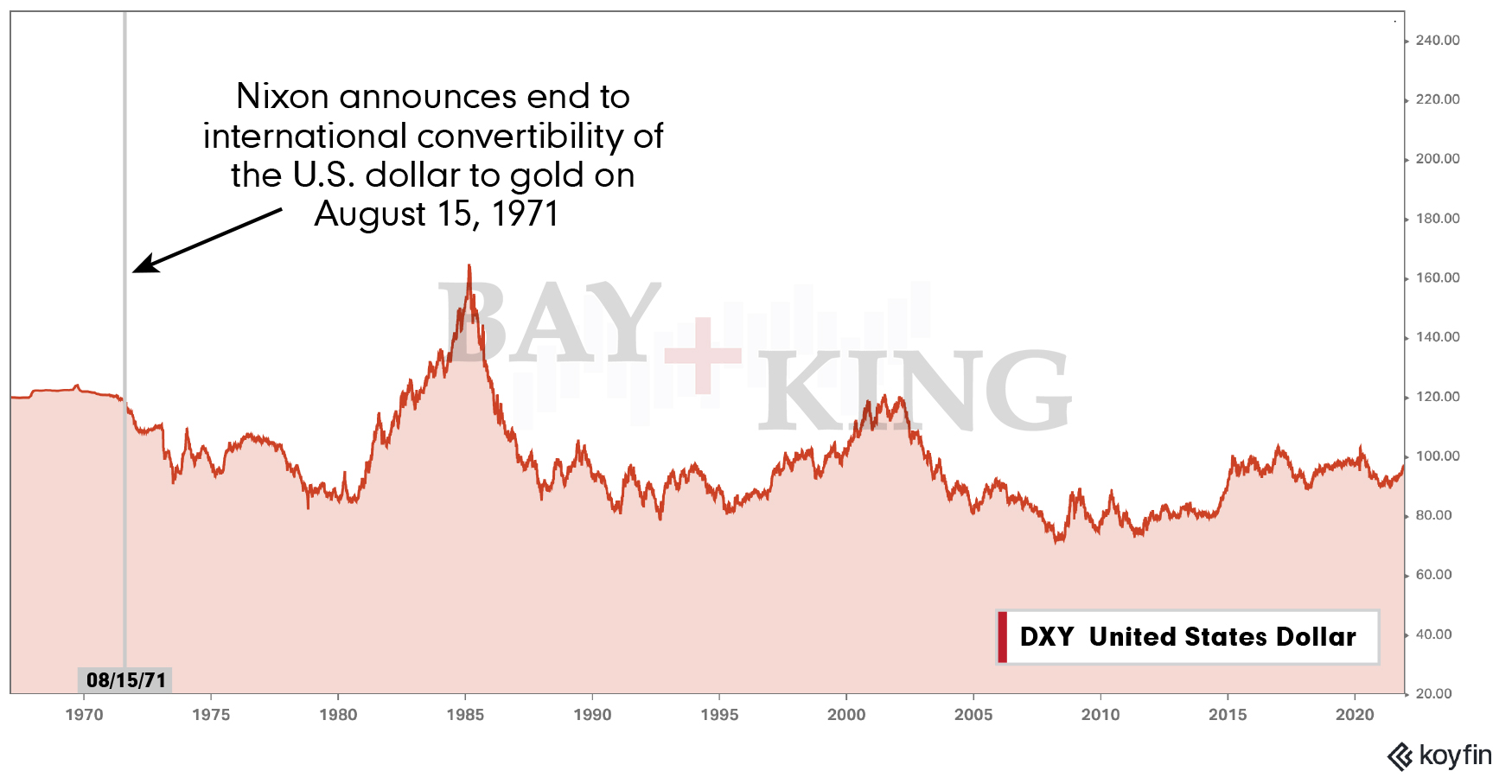 Yes, there have been notable fluctuations since Nixon closed the gold window in 1971. Most notably the Latin American debt crisis of the ‘80s, the Asian financial crisis of the late ‘90s and the dot com bust in the early 2000s.

But in all those cases, the dollar actually strengthened as investors sought out a safe harbor.

More recently, even as the US Government has spent (i.e. printed) trillions of dollars to support the economy, the dollar has actually strengthened. Here’s a chart showing the last year of the DXY US Dollar Index.

“Well, but all currencies are on the same path to nothing. Which means there’s no point in comparing them against each other.”

At this point, people might bring out the gold chart and show how the dollar, in terms of gold, has declined greatly over the years.

And they’d be right. When compared to gold, the dollar has lost much of its value. In terms of purchasing power, a dollar buys a lot less than it did 20, 50 or 100 years ago.

But here’s the thing: none of that really matters in this discussion. There’s no question that the dollar has declined against any reasonable, objective standard. The question is whether an event is coming that will somehow cause the dollar to become almost worthless, virtually overnight.

And, as far as we can tell, that isn’t about to happen.

“Yes, but doesn’t everything look stable until it’s not?”

That’s certainly a possibility. Many government structures—including currency—look stable right up until they aren’t.

“Couldn’t another currency (or a basket of currencies) replace it?”

In theory, absolutely. But which one? The Euro, which is constrained by the need for consensus on major issues by nations that have traditionally been at war with each other?

The Japanese yen, a currency that has been fighting deflation for the better part of two decades and is managed by a government that is in worse shape financially than the US?

The Chinese yuan, which is still actively controlled for political ends?

The truth is, at the moment, there is no good alternative.

Yes, the world is moving towards the end of the dollar’s reign. But there appears to be a long way to go before it can credibly be challenged.

And let’s not forget:

But beyond all that, there are trillions of dollars and powerful people invested in keeping the current system going.

They will do whatever it takes to keep the wheel spinning. That’s what they’ve been doing aggressively since the financial crisis more than a decade ago.

Even if that means printing huge amounts of new money. Or intervening directly into markets in a way they haven’t before. Or misrepresenting the extent of current inflation.

But, eventually the wheel will spin apart. Thousands of years of history from cultures around the world shows this to be the natural end.

It’s just a question of when.

“So what could cause a true dollar collapse?”

Well, there are a few things.

#1. Emergence of a credible alternative.

A gold backed Swiss Franc, for example. Of course, then there would have to be the political strength to stick with such a huge revaluation that would effectively wreck exporters based in that country.

#2. Classic capital controls in the US.

If the US government were to implement traditional capital controls as seen in other countries, that could cause a massive short-term shift away from the US dollar.

But if that were to happen, we would expect to see chaos in the global financial markets as the shift occurs. Inflation would spike. The economy would fall to its knees.

That’s not something that would benefit those within the system. And it’s probably the best case for why the US government is unlikely to bring in such controls.

(Besides, there are easier and quieter ways of keeping money from going offshore. Regulation of the money leaving the country and being held offshore, for example.)

Some people believe the dollar could collapse through a Zimbabwe-style hyperinflation. But again, so long as the world continues to rely on the US dollar being the reserve currency, this is an unlikely possibility.

Too many people, businesses and other companies want and need to use it. Major commodities are priced in it. That creates a lot of demand for the dollar.

That demand simply isn’t something that can change overnight unless:

…and enough people, businesses and other governments wake up to the situation and vote with their wallets by moving their money into another currency.

How likely do you think that is, at least in the short term? 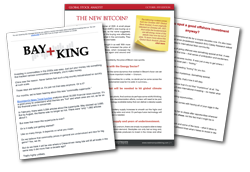