In the 30-plus years I’ve been in the publishing business, I’ve seen my share of “new countries.”

Some are scams, such as the Dominion of Melchizedek, which I exposed as a fraud nearly two decades ago. But most new countries are never fully realized simply because their promoters suffer from the delusion that their claims of sovereignty will magically be recognized, without anyone putting together a clear plan for getting there.

There are two almost insurmountable obstacles:

A great example of a claim that hasn’t been taken seriously is the Principality of Sealand, a “country” founded on an abandoned World War II gun platform in the North Sea off the English coast. In 1967, Roy and Joan Bates took up residence there. “Prince Roy” proclaimed a Sealand constitution and introduced a national flag and national anthem and began selling passports.

Now that Prince Roy and Princess Joan have died, their son, Prince Michael, is Sealand’s caretaker. Sealand passports are not formally recognized, and in 1997, 150,000 were revoked. But you can still buy one for only €244.99 and even become a Lord, Lady, Baron, Baroness, Count, or Countess of Sealand. Just don’t try using your Sealand passport to cross an actual international border.

Still, viable efforts to establish new countries that could actually be taken seriously are everywhere. Separatist groups in Belgium, Croatia, the Czech Republic, Italy, and Spain want to create their own independent states, to name just a few movements across Europe. The most advanced efforts are in Catalonia, which in October voted overwhelmingly to separate from Spain. But its efforts to b>ecome independent were put down by force by the Spanish government.

But perhaps the most successful new country is one that you may have never heard about. It’s called Somaliland, and it’s carved out of the territory of the war-torn nation of Somalia. 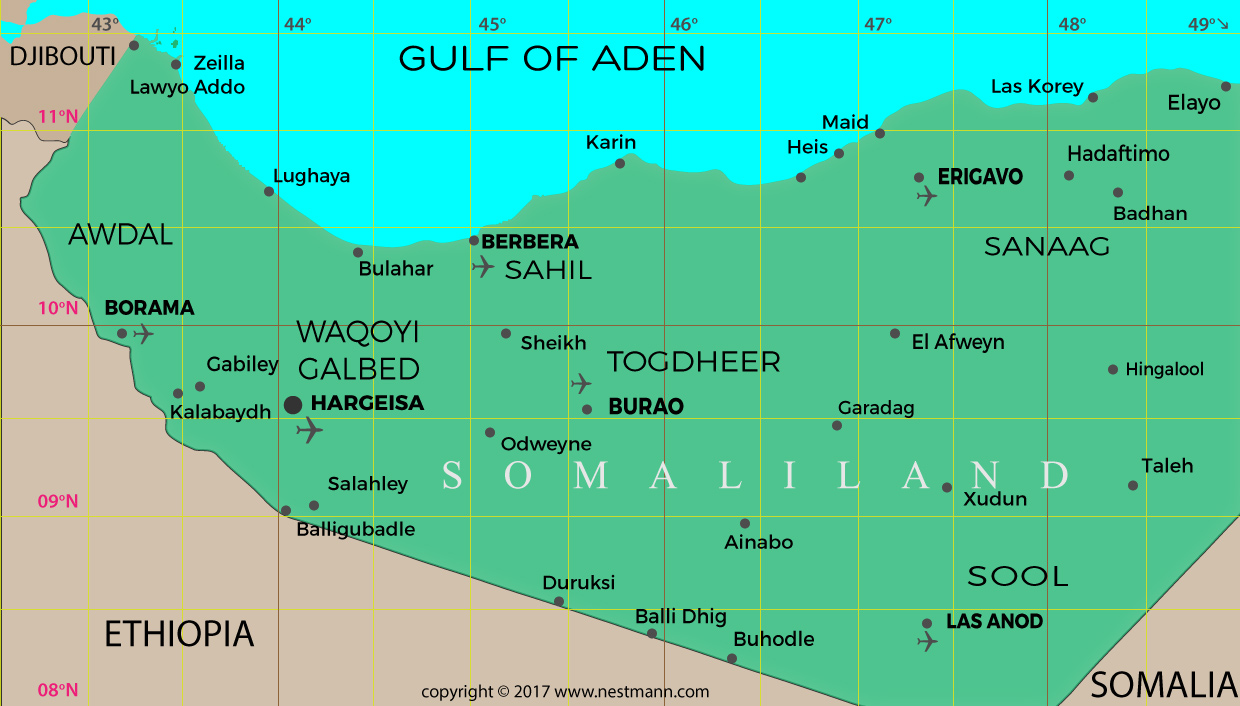 You’ve no doubt read quite a lot about Somalia, which claims sovereignty over Somaliland, in recent years. The government that the international community recognizes is riddled with corruption and effectively controls only a small portion of its official territory. When Islamist militants seized Somalia’s capital Mogadishu in 2006, a coalition of African countries intervened to restore the so-called “legitimate” government.

Unfortunately for citizens of Somalia, the government hasn’t been able to restore the rule of law. Just a few weeks ago, Mogadishu experienced the worst terror attack in Somalia’s history. More than 300 people were killed.

To put it mildly, it’s not a place you’d want to invest in or visit. Yet, this is the Somalia the world recognizes as a sovereign state.

However, the northern region of the country – Somaliland – is very different. Crime is low, terrorism is almost non-existent, and the standard of living is higher. A series of peaceful elections has reinforced democratic rule for more than 25 years. While nearly all the residents of Somaliland are Muslim, disputes are settled under a traditional tribal system called Xeer. Like the common law that America inherited from England, Xeer is based on legal precedent and local customs.

While the world continues to acknowledge the corrupt government of Somalia, Somaliland has quietly prospered, despite lack of international recognition. It has its own currency and issues its own passports, which enjoy (limited) recognition.

That’s not all Somaliland has going for it. It claims a territory of 68,000 square miles and has a population that exceeds 3.5 million people. And crucially, it has the ability to defend its territory, with more than 35,000 soldiers.

Somaliland’s economy recently got a huge boost when one of the world’s largest seaport management companies, DP World, agreed to develop a new port there.

The fact that a major company like DP World is willing to make a big bet on Somaliland represents a pivotal vote of confidence for the country. It just might be the ingredient needed to compel the international community to recognize Somaliland as a sovereign nation. That’s especially true as conditions in “official” Somalia continue to deteriorate.

Certainly, Somaliland will continue to face challenges in the months and years ahead. But the fact that its government is looking to the example of Dubai, one of the world’s most prosperous regions, is a bellwether for the future. And it just might be a model for other new countries to follow. Not to mention a terrific investment opportunity for those brave enough to get in on the ground floor.