Puerto Rico: Still Too Good to Be True

In the 30 years I’ve been writing about developments in the offshore world, I’ve been called a lot of things:

“Insightful”… ”thoughtful”… but also “misguided”… and (my personal favorite) “pessimistic.”

In reality, I think the “pessimistic” moniker is a little misguided. That’s because, in many cases, what some people view as pessimism, I view as realism.

A case in point is the tax incentives that the US territory of Puerto Rico put in place at the end of 2012 to attract well-heeled investors to relocate there. They exist because Puerto Rico is a US territory, not a state. That means its tax laws are a mixture of US statutes and local ordinances.

Today, the main federal tax incentive for Puerto Rico is Section 933 of the Internal Revenue Code. This section provides that bona-fide residents of the territory need not pay income tax on “income derived from sources within Puerto Rico.”

By itself, this exemption isn’t particularly noteworthy, because Puerto Rico taxes are much higher than those of any US state, with a top rate of 33%. However, the exemption opens the door for local tax incentives. And in 2012, Puerto Rico introduced the sweetest tax incentives anywhere in the US.

One of these incentives will probably survive; the other one almost certainly won’t.

Once you’ve met these requirements, your profits are subject to only a 4% corporate income tax. There’s no federal tax on this income, because residents of the territory generally need not pay federal taxes. The total tax on income above the taxes paid on your salary, therefore, is only 4%. The government guarantees this tax rate for 10 years.

You can probably see why some entrepreneurs might find these incentives mouth-watering. And because they provide local employment, they might well be politically sustainable, even if the requirements are gradually tightened and the benefits gradually reduced. That’s already happening, by the way: the requirement to hire five employees was enacted by the Puerto Rico legislature just in November. Previously, you needed to hire only three employees.

Unfortunately, I can’t say the same about the other incentive, Act 22. Anyone who becomes a new bona-fide resident of Puerto Rico, purchases a residential property there, and opens a local bank account is eligible for the following benefits, courtesy of Act 22:

What’s more, the Puerto Rico government guarantees these incentives will remain in place until 2035.

If that’s not tax nirvana, then what is? Certainly, hedge fund investors – who helped create these incentives – and property developers haven’t been shy about promoting these incentives. One website promoting the island boasts, “The Puerto Rico Advantage: Sun, Sand and Zero Taxes.” Another sells a $695 video course extolling the tax advantages of what it calls the “Island of Enchantment.”

Now, I’m all for tax incentives. And Puerto Rico can certainly use all the help it can get. It owes creditors more than $70 billion. And on Jan. 1, 2016, a $1.4 billion payment is due. Three days before the deadline, no one knows where the money will come from. A default – at least a partial one – seems inevitable.

To deal with this debt burden, Puerto Rico has embarked on an austerity plan that in many respects resembles that taken by the Greek government. Government spending has been slashed 20%. Sales tax rates just increased from 7% to 11.5%. Next April, the government will roll out a 10.5% value added tax to replace the sales tax.

But put yourself in the shoes of a Puerto Rican resident, someone who has lived there since birth. You’re paying higher taxes, receiving few public services, and your government is telling you even more belt-tightening is necessary. Yet that same government has laid out a welcome mat for wealthy hedge fund managers and others to come live there and effectively pay zero tax. How would that make you feel? If it would upset you, you have a lot in common with many Puerto Rican residents.

For that reason, I think that Puerto Rico could well end the Act 22 incentives on its own. And if it doesn’t, there are at least three other ways they could end:

Supporters of the incentives, of course, say none of these things will happen. And they might not. But for more than a century, Congress has tried direct aid, industrial incentives, and tax breaks to boost Puerto Rico’s economy. As the political winds shift in Washington, DC, these incentives have come and – inevitably – gone.

The first tax incentives for Puerto Rico came into effect in 1921, and in 1976, Congress gave US companies the ability to operate in Puerto Rico tax- free. Hundreds of companies – most prominently those in the pharmaceutical sector – moved to Puerto Rico. But by the mid-1990s, these incentives were costing the US Treasury billions of dollars in tax payments. So in 1996, Congress repealed this incentive. Easy come, easy go.

Puerto Rico also doesn’t have a great record when it comes to honoring tax incentive agreements. Back in the 1990s and early 2000s, dozens of US companies signed legally binding agreements with the territorial government that lowered their income tax liability to 0% to 4%. But when Puerto Rico’s fiscal crisis erupted in 2011, the territory enacted an excise tax on products the US parent companies purchase from their Puerto Rican subsidiaries. This tax now generates nearly $2 billion annually.

The lesson here is that even if Puerto Rico doesn’t rescind Act 22’s benefits, it will find a way to tax those who benefit from it. Otherwise, local politics will make it impossible to honor these contracts, especially if Congress ends or restricts the Section 933 tax exemption on Puerto Rican source income, or the territory becomes a state.

Should you move to Puerto Rico to take advantage of Act 22? That’s up to you, but before you do, understand why far more people are moving away from the island than are relocating there. This article gives a good summary.

After you read it, keep in mind that you need to spend at least 183 days annually in the territory to qualify for these benefits.

Just enter your email address to get my Inside the World of Big Money Asset Protection e-series... free.

As an extra bonus, you’ll also receive a free subscription to my newsletter, Nestmann’s Notes... short, actionable articles to help you preserve your wealth and your freedom in an uncertain world. 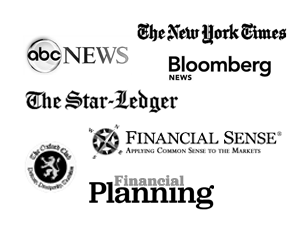