For more than 30 years, I’ve watched our privacy be taken away from us by the powers that be:

All supported by a government (and especially the NSA) that has declared a war on our right to keep our most personal details out of the public eye.

I’ve seen the abuse of the system. And it’s why I consider this one of my most important letters in years.

Because I want to show you not only how to protect yourself from a NO-PRIVACY America, but how to win against these groups.

Make no mistake, I consider privacy dead in this country – for most people at least. But I also believe there’s a solution too.

Over the course of this letter, I am going to show you:

Answer yes or no to the following questions:

If you answered “yes” to more than 5 of these questions, the chances of you becoming a victim of the death of privacy in America is high.

In almost every way.

In theory, the 1999 Gramm-Leach-Bliley Act set out limitations on how financial institutions could use your personal data. A decade later, federal agencies mandated that banks use a standardized privacy policy to explain how they use a client’s personal data.

But how does it work in practice?

Lorrie Faith Cranor, a professor at Carnegie Mellon University, decided to find out.

With help from her students, she looked at 3,422 financial institutions. She found that practices vary greatly: “many freely shared some of our data and 27 appeared to violate laws on sharing information altogether.”

The big banks including Bank of America, Citi, Capitol One, Chase, Discover Bank and HSBC all allow non-affiliated outside companies to market to you.

Not that most people know that. But it’s true.

Now, in theory, all banks are supposed to give you a way to opt out from some information sharing. But that’s hard to do if you don’t know it’s happening. And even if you know about information sharing, many banks don’t make it very easy. They don’t want you to opt out (it costs them money), so they purposely make the process as difficult as possible.

In some cases, they’ll just flat out refuse – even for items unrelated to what’s needed to actually do business with you. (Case in point: Notice that you can’t opt out from “joint marketing with other financial companies” with Bank of America.)

So think about it. Some very personal information – the details of your bank account, your credit history and every single transaction on your credit card – could potentially be handed off to other firms without your explicit permission.

And, for the most part, it’s perfectly legal. Even if it’s very unfair.

The report goes on to document some truly horrific statistics:

The article then goes on to document some pretty outrageous results of how “good hackers” test the system to find the holes, and how easy it really is.

In such a scenario, can you afford not to try and reduce your chances of having your medical records stolen? Because it’s not a question of it, but rather WHEN it will happen.

I’ve spent a career tracking the general decline of privacy in America. A lot of privacy loss is due to the rise of technology in our everyday lives. But a lot is also due to the general population’s growing sense that any sort of personal privacy isn’t worth having. (Just look at the personal details hundreds of millions of Americans post on sites like Facebook.)

And in fact, many of these people think you’re up to no good when you try to keep your private matters out of the public eye.

To share every example I’ve found would take a book. (Indeed, it has.)

In January 2017, I wrote about how the world’s most popular social network could be working with a highly effective mobile facial recognition technology used by police to create a national Big Brother program that can track you as you move from place to place, without your permission or even knowledge.

The data collected from the “non-search” can then be stored in a government database and perhaps used against you in the future. It’s the ultimate Big Brother machine.

And sadly, those examples are just the tip of the iceberg.

There are programs in place from both the government and the private sector – including the world’s biggest tech companies – to track you as you move from place to place online. They can and do track your web searches. They know what you buy online too.

Your internet provider can (and very probably does) record every single webpage you visit, even if you use “private mode” with your browser.

Your emails can (and likely are) running through servers that connect directly to the NSA, ensuring a convenient way to capture and store copies of messages you send and receive.

Over the years, the courts have consistently eroded privacy in this country, so much so that, with rare exceptions, you have no expectation of privacy when in public, on the phone or, in some cases, within your own home either.

It’s a very bad situation. And it’s getting worse.

But Here’s the Most Shocking Part…

Most people just shut up and take it. They expect to have no privacy. Which makes things so much worse for those of us who still consider it important.

It’s an environment that invites absolute power and absolute corruption.

It’s a world where you’re presumed guilty of something without trial and, in some cases, without any charge at all.

And that’s where tragic mistakes happen.

Donald Scott Died Because of It

On the morning of October 2, 1992, 62-year-old Ventura County, California resident Donald Scott awoke to hear the door to his home being battered down as his wife cried for help.  He rushed downstairs with a hand­gun. An armed man ordered him to lower his gun.  Scott did so, only to be shot twice in the chest by the man. He died in­stant­ly.

Scott's killers were members of a heavily-armed task force con­sisting of 31 officers and agents from the Los Angeles County sheriff's de­partment, the federal Drug Enforcement Agency, California Bu­reau of Nar­cotics, the California National Guard, and the Nation­al Park Ser­vice. The task force claimed that the search resulted from a tip they had received that Scott was growing mari­juana on his 200-acre estate. But no drugs of any kind were found.

In this case, Scott's death aroused a national uproar. As it should have. But things didn’t change. In fact, they’ve gotten worse over the last 25 years.

Maybe you’re wondering, what caused the government to go after Scott in the first place?

Preparation for the raid included analyzing the values of surrounding parcels of land and reviewing the personal and financial records of the Scotts, including a report from an anonymous informant that Scott's wife “was spending $100 bills.” Based on the profile created by the computer, the Scotts were deemed “promising” targets for property seizure.

Such scant “evidence” – and such gross invasion of privacy – was all it took for Scott to end up dead.

And sadly, although Scott’s case is extreme, it’s not all that uncommon either. My files contain the details of many such cases.

In an environment like this, can you protect yourself?

Yes, you can. There are still some straightforward steps you can take. I’d like to show those steps to you, just as I have for more than 15,000 customers and clients over the years.

Built for today’s uncertain world, it contains dozens of techniques to reclaim your privacy in all the major areas we private citizens need to worry about:

… at a very modest price (as you’ll see below).

Simple and to the Point

I identify the problem, establish why it’s important and then present the solutions in three key areas. That includes:

Now, you maybe be wondering…

How is the Privacy Protection Guide
Different Than What’s Already Out There?

Is it different than what you can find online for free?

Well, yes and no.

No in that there are plenty of good sources out there for such information. But there’s lots of lousy, useless information out there too.

It can be tough to tell what actually works and what doesn’t. (And sadly, by the time you find out what doesn’t work, it’s usually too late to do anything about it. At least, in my experience.)

But if you like heavy-duty research, you have lots of time on your hands and you don’t mind spending hours going through arcane and often contradictory information and trying to make sense of it – or the inherent mistakes you’ll make along the way – then you don’t need the Privacy Protection Guide.

That’s where the “yes this is different” comes in. Because it’s based on my three decades of experience figuring out what works and what doesn’t, often testing techniques on myself.

It’s the best of the conversations I’ve had with experts in the area of online security, personal privacy and just general “invisibility.”

It’s the real deal, delivered in an instant-access, digital format so you can get started today.

In other words, it’s a BIG shortcut for people serious about this topic. The price is $79.

Because I can spread the cost of the program out over thousands of readers, it doesn’t have to be pricey… about the cost of a couple of good quality ribeyes.

And it’s risk free too.

Read through all the materials. If, at any point within the next 60 days, you aren’t happy, just let me know and you’ll get your money back immediately.

I can’t make it any easier than that.

Let Me Leave You with This Thought…

As a baby boomer, I’ve seen the America I grew up with change in so many ways… In some ways, it’s gotten better. We have conveniences our parents never could have imagined (and that our kids don’t really appreciate). There’s Walmart. Cheap long distance. The internet. We have an amazing amount of medical (and other) technology available to make our lives longer, healthier and easier.

We have been truly blessed. But it’s not all peaches and cream.

Because over my six decades on the planet, I’ve seen the state get so much bigger. I’ve seen the rights our Founding Fathers fought and died for taken away. I’ve seen our government turn into something very nasty.

I shudder to think what our children and grandchildren are going to live through. And in that respect, I don’t have much hope.

But I do have hope that as long as there are people willing to defend our rights to life, liberty and freedom – which means the right to privacy to live how we want – our country is not totally lost.

And that, eventually, we will rise from the ashes.

The Privacy Protection Guide will help you take back your privacy. I hope you’ll consider it carefully –  and get the benefits you’ll enjoy as a result. 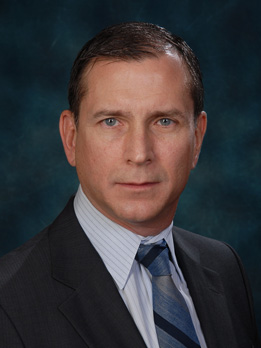 P.S. I sincerely consider this one of my most important letters in years, because it talks about an urgent threat to all of us freedom-loving Americans – the death of privacy in this country.

It’s why I’m bringing this to you right now, why it’s instantly available as soon as you decide to try it. And it’s why I’ll give your money back if you aren’t thrilled with the materials.

In other words, I’ve done my darndest to make it a very easy decision for you.

But in the process of taking back your own privacy, it’s up to you to take the first step. I hope you’ll join us.